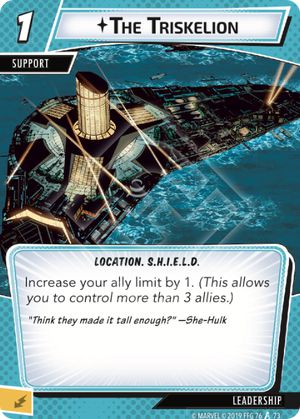 I don't think that this card is there yet. The current 3 ally limit is a solid amount of allies to have on the table. Those allies are there to do a couple helpful items for a turn or two and then they will typically take one for the team and chump block for the hero when the villain attacks.

I think there will be a point in time or a specific super hero that has access to extra allies. Or there will be enough cheap allies that putting a couple out a turn or even three on a turn isn't unreasonable. Then this card will start seeing some play. But until then, this card should remain out people's decks at the moment.