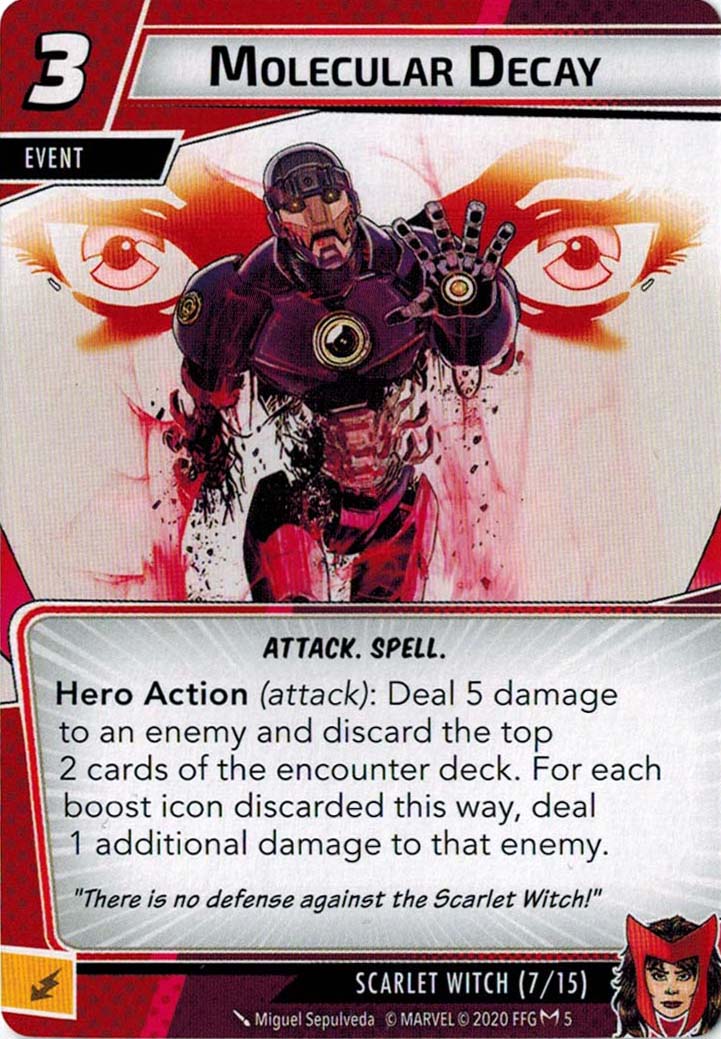 Scarlet Witch is one of the most powerful heroes in the game. Many people consider Hex Bolt her most prominent reason for that, but perhaps Molecular Decay is the real power behind the throne. This card is capable of doing 11 damage for four effective resources, hitting harder than Web Swing and Hulk Smash, provided you are extremely lucky. The difference is of course variance as often you will only get in the 7-9 range which is still very respectable and can just hit very hard out of nowhere. You almost always want to target the villain with this. The interesting thing about this card is that it scales up with the difficulty of the opponent, as more difficult scenarios usually have more boost icons among their encounter cards.