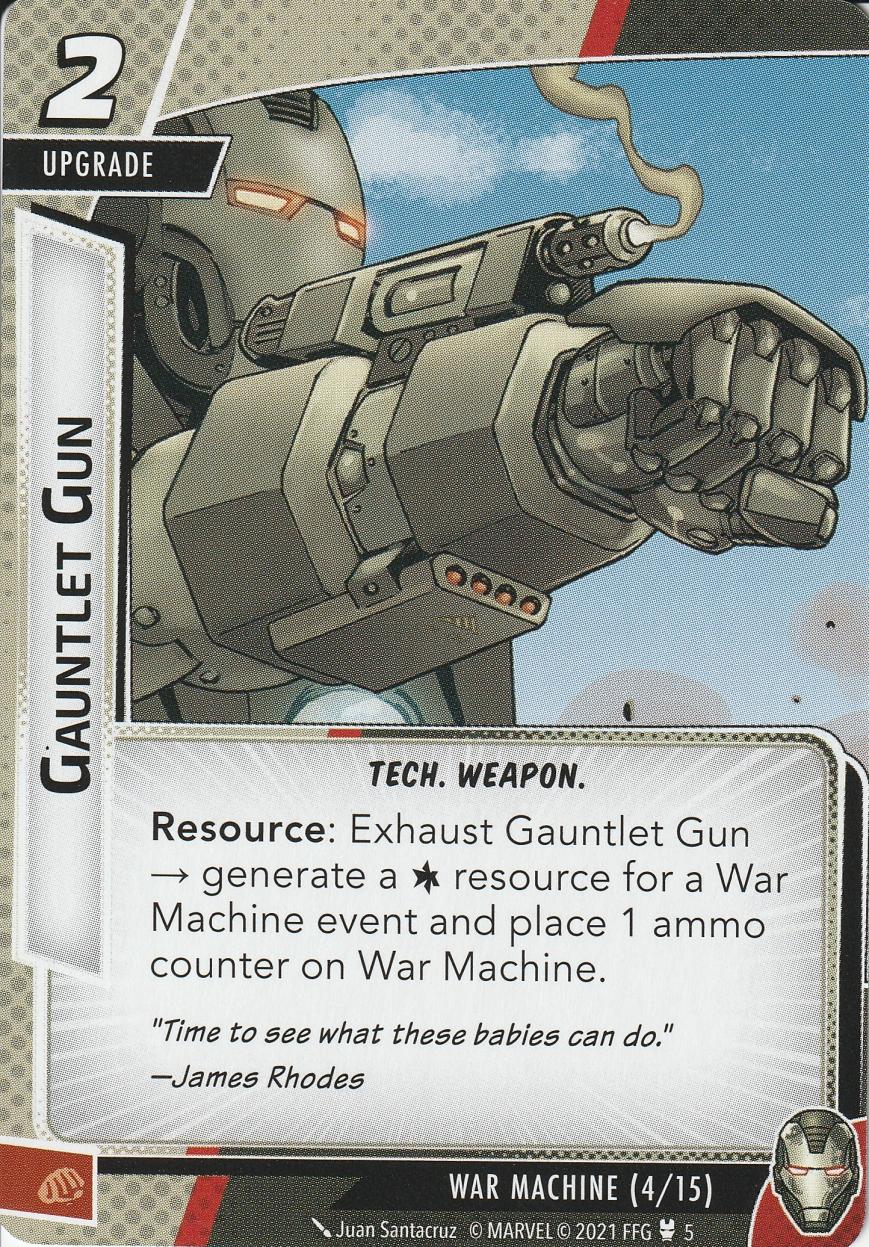 Can you exhaust to gain 1 ammo without playing a War Machine event? If the event were conditional, it would be more like a Response or Hero Interrupt to playing that event, correct?

Rest is filler cause this prompted for 200 or more characters to be submitted...

Tromdial · 13
You can only activate a Resource ability at the time when you pay a cost. "A resource ability can be triggered anytime the player who controls the ability is generating resources to pay a cost." So the important question is, can you activate a resource ability that generates a conditional resource when playing a card that doesn't meet its conditions? I don't believe that question has ever been officially answered, but this is also the first time (as best I recall) that we've had a resource action with a second effect like this. So I don't have a clear answer for you, but at the very least you would need to play SOMETHING to pay costs for (even a 0 cost card) to activate this ability. — Death by Chocolate · 2 11/16/21
0

The cost on this upgrade is 2, not 1, and should be updated accordingly.

Additionally, Gauntlet Gun's wild resources can only pay for War Machine events, of which there are 8:

The upside is that Gauntlet Gun can be used when paying for other cards and abilities, BUT the resource generated does nothing. This is just a way to farm up ammo counters if you're otherwise lacking War Machine events but have Missile Launcher or Shoulder Cannon to burn up your ammo. This should be clarified by FFG that the interaction is intended, though the intent or the card design seems clear to me.