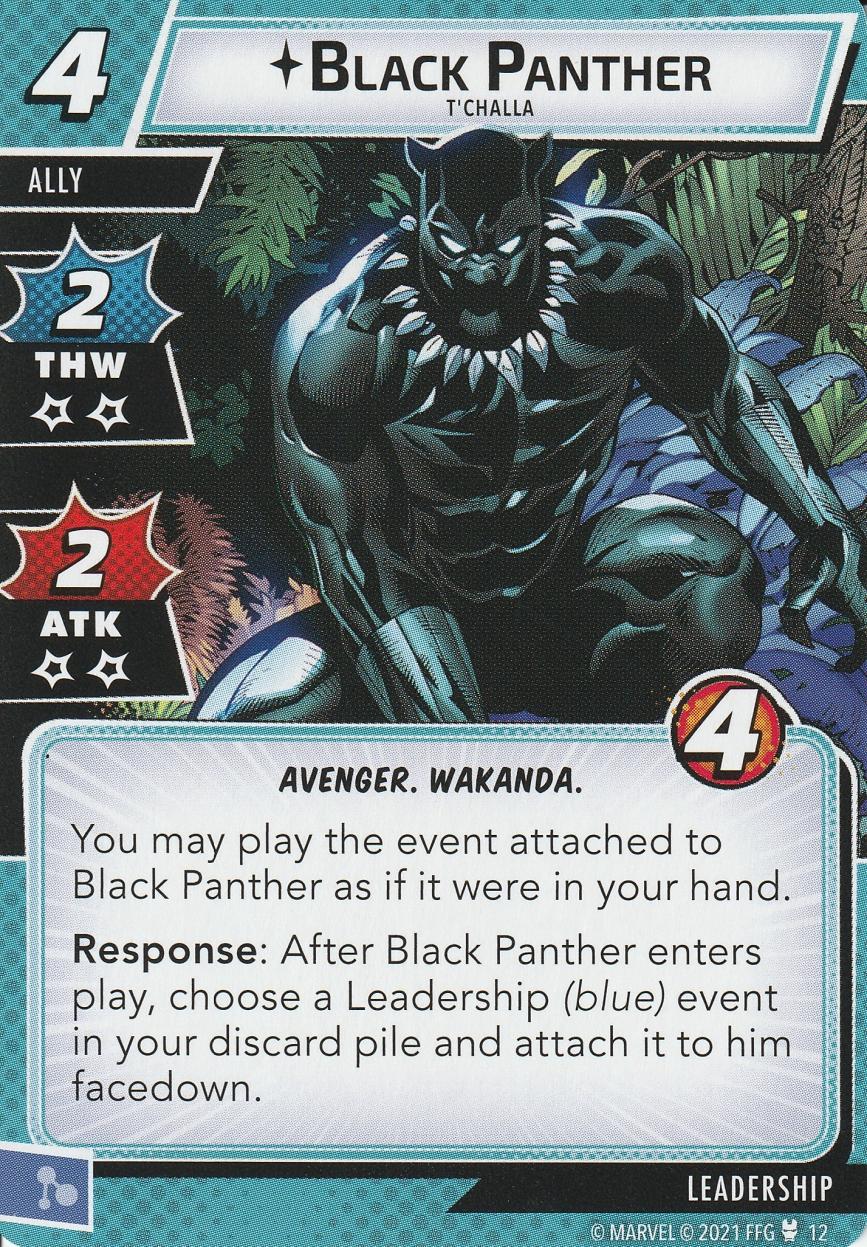 His 4 hit point could potentially be used to block twice, but that's risky for four cost.

Your most likely play is to tutor your event, ATK or THW once, and chump block (playing your event sometime in that timing), basically what we use 2-cost Allies for. Even then, most 2-cost Allies have some kind of associated ability. That additional 2 cost for a single-card tutor (only from your dsicard pile, not still in your draw deck!) had really better be worth it! The most impactful events are likely also expensive and require a certain amount of setup to be worthwhile, making the timing on the Black Panther ally to be a dicey proposition.

As with Captain Marvel, T'Challa was obviously designed for inclusion with the Sneak Attack Leadership archetype (as he was included with War Machine's deck that just so happens to include the relevant events), He is able to help with Sneak Attack's biggest weakness: getting the right cards at the right time. Whether Sneak Attack itself, or Save the Day/Go Down Swinging, you can help the archetype along by having the right card ready. You can even grab one of those to specifically use with Black Panther himself.

He slightly more playable than Carol, as 4 cost cards are more realistic for inclusion. Still, he must be carefully considered as to what event to attach to him. He will not fit into the average Leadership deck, to say the least.

My rating is a C : potentially effective in niche builds.