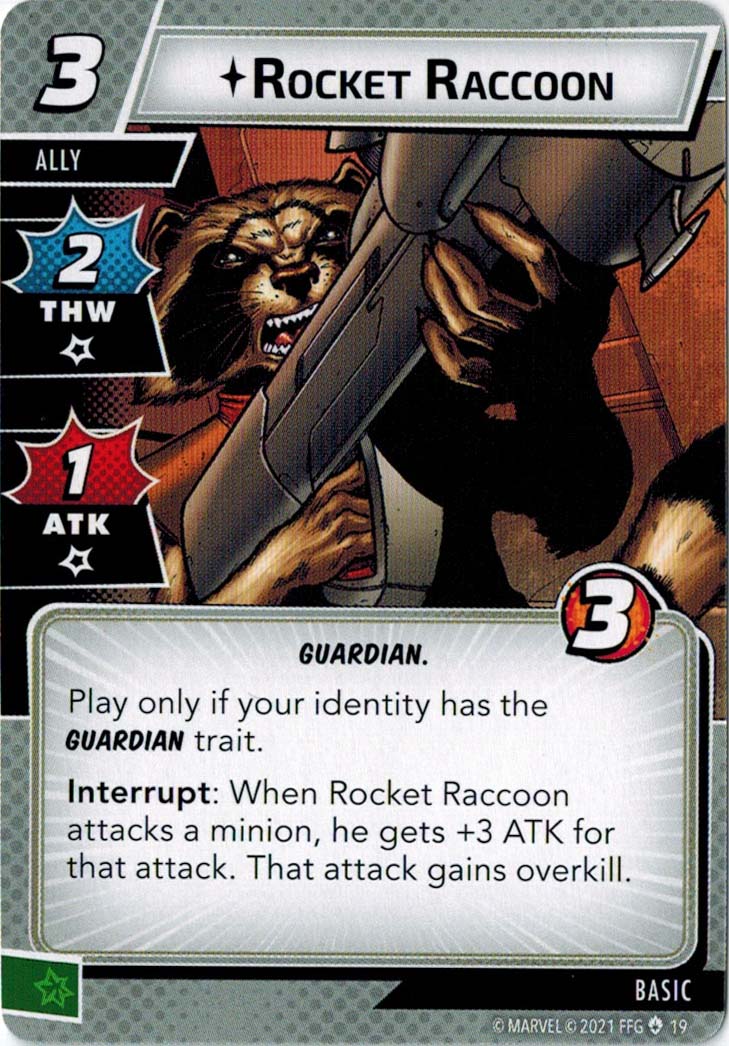 I consider this an auto-include in any Guardian deck that can play it. Gets off two 4 POWER attacks before blocking. A 3-cost (4 card) play that deals 8 damage is already at-rate, and Rocket still has 1 health left. We usually take for granted that an ally will activate until it has one health left then block, but you may even consider attacking 3 times with rocket because he packs so much punch. Last Stand anybody?

Of course, you need a minion in play, but you can let Rocket sit out until one comes along. As with other minion-focused cards, Rocket scales well in multiplayer where more encounter cards are revealed throughout the game.

Perhaps the most comparable card is Spider-Man who has the advantage of thwarting for 1 more on the first turn, but deals 2 damage less on his second (and possible third) attack.

I think Rocket will be a staple of Guardian Leadership decks, and I am excited to see what other ally buff cards come out in future Guardian hero packs, as the popular "Voltron" decks these days play several upgrades that require the ally to be an Avenger.