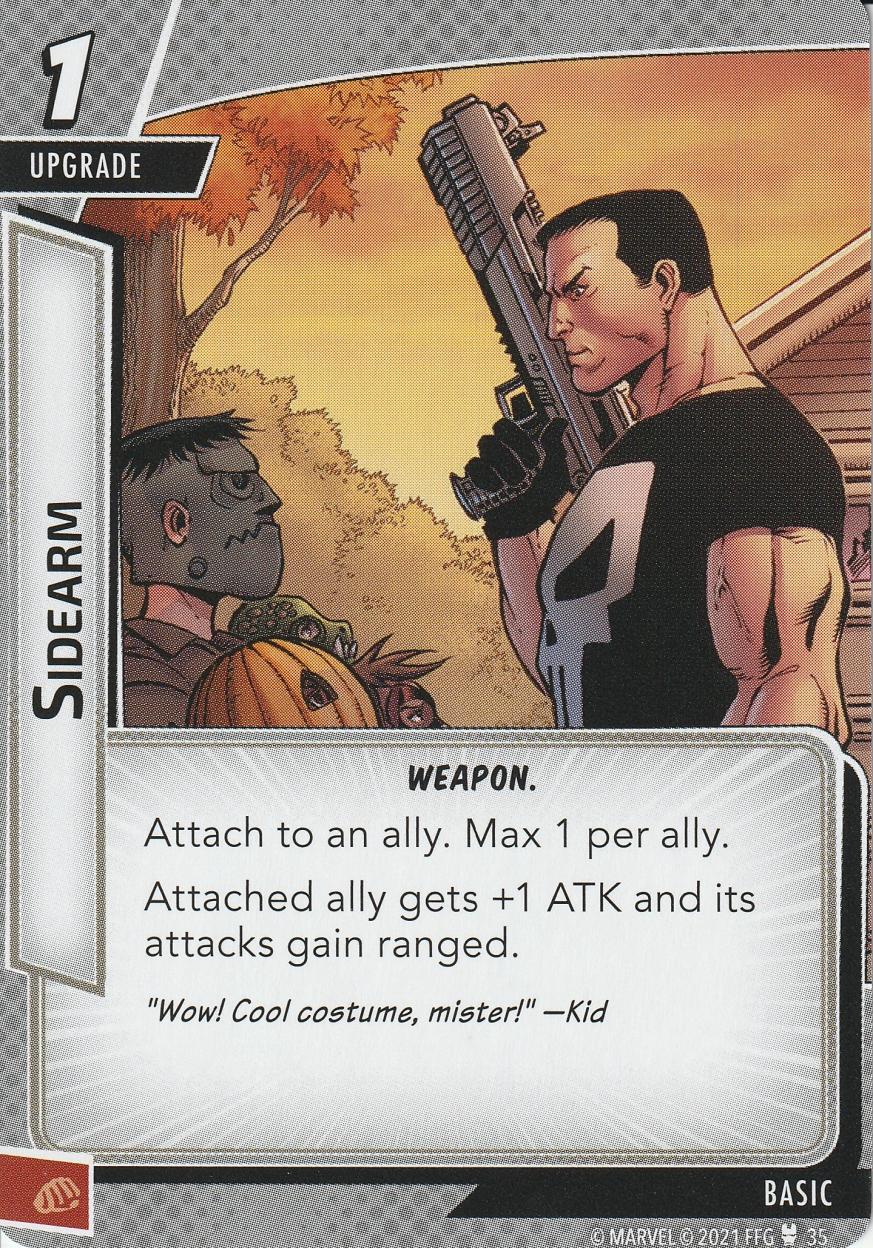 This card is better than Laser Blaster in a lot of ways.

Sidearm seems to be a bit of an overlooked card. While not as impressive at first glance as Energy Spear, the flexibility and utility this card offers has seen me using it in most of my Aggression decks since its release.

First, there is the obvious advantage of having the Ranged trait. While not always a must, against certain targets this is a game changer. Nothing worse than going up against Zola and seeing that Retaliate 1 mocking your Bug or cutting down on your Brawn's massive health stat. This may not be a big deal if you're tailoring your lists to the villains you face, but in an all comers list, being able to deal with a hard counter situation is really great.

More than that though, the flexibility of being able to attach this to any ally as the situation dictates is really where it shines. As a long time player of Leadership Voltron Spider-Man, I'm quite familiar with the pain of needing to match up a specific upgrade with a specific ally (Honorary Avenger on Black Cat anyone?). Depending on the luck of the draw (or heaven forbid interaction from the villain) it's not at all unlikely for your key combo to not see play the first or even second time through your deck. Sidearm doesn't have this problem. While you may have an ideal target for it (like Bug or Black Cat) it's not a bad thing at all to toss it on a relatively fresh Brawn or a Thor who's getting ready to clear the board of minions.

It's this ease of use, along with the sometimes game changing Ranged trait, that sees me recommending this card in any Aggression or Leadership deck that values ally attachments.