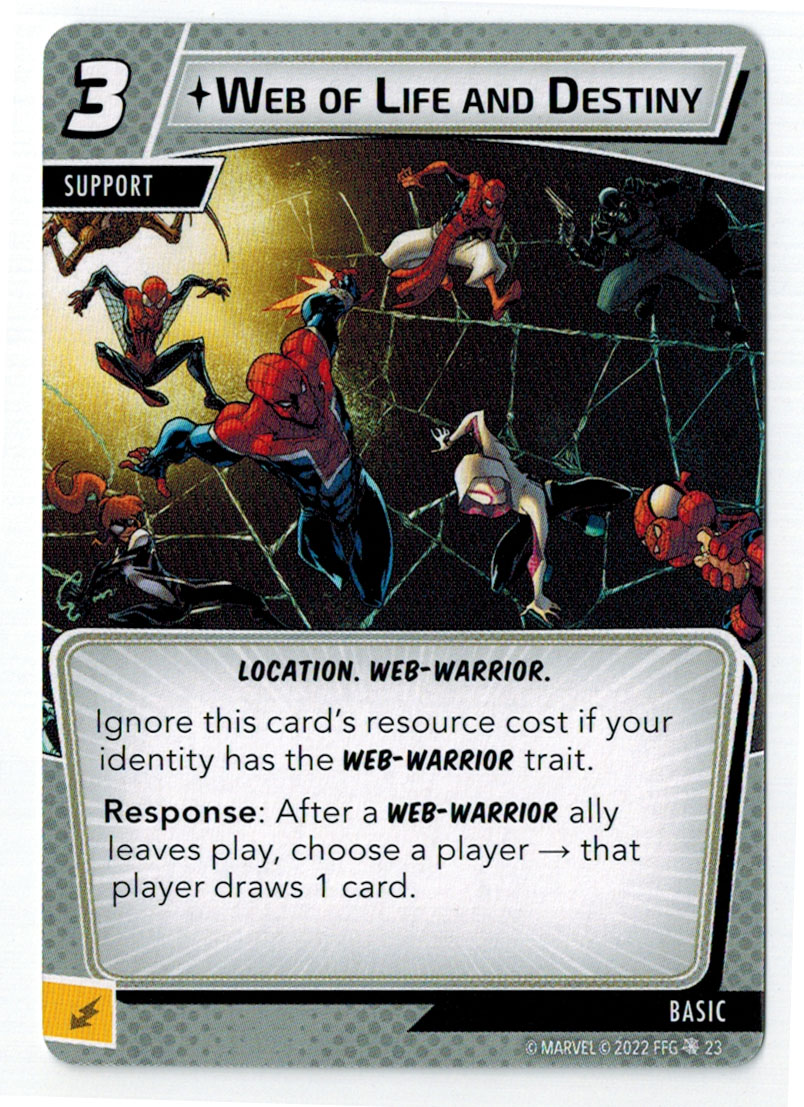 Any character can pack and play this unique location, and it is absolutely the centerpiece of the new web warrior cards. This is the Avengers Tower or Knowhere for this new keyword, albeit unlike those cards it does not increase your ally limit; instead the card draw aspect is massively pushed.

If you are in hero mode and your hero has the web warrior trait then you do not need to pay the resource cost; currently this only refers to Spider-Man and Ghost-Spider, although Spider Ham has also been announced with the trait. If your hero does not have that trait then you can still play this card, and it then counts as a web warrior card itself so allows you to then play Spider-Man (Hobie Brown) and Ghost-Spider, while also turning on the abilities of Silk, Spider-UK, and Spider-Man (protection Miles Morales).

Very importantly, the web should be the first card you exhaust when playing Across the Spider-Verse, because there is no opportunity cost for doing so. It still works perfectly well while exhausted.

And then we come to the payoff: being able to allocate any player to draw a card any time anybody's web warrior ally leaves play. There are two very important points to make here:

From testing with even just the grey allies in Miles Morales, this is still an extremely pushed card with a continual payoff that can be exploited and shared among the team. The web joins a very elite group of such unlimited effects that includes Jarnbjorn and Drax's DWI Theet Mastery.