Warning, repeated use of this deck may turn you into a gremlin.

I think it would be quite difficult for anyone to argue for a more unique hero than SP//dr / Peni Parker. First of all, the identity is spread over two cards. No longer do you have to make a decision between exhausting to REC or some other basic power. Instead, you make a decision point between draw 2 cards, THW, ATK, or DEF, and REC or a resource. What's more, SP//dr is the first hero with a 3 card hand size, and first alter-ego with a hand size of 4. How does this hero possibly even function? Thankfully there a few essential components of her kit that help you build quickly and eventually transition into powerful combo turns in the late game. In this write up, I'll discuss SP//dr in detail and then move onto how she works in this specific deck.

First, a little back story. If you have watched Into the Spider-verse, you should find the character quite familiar, but not, perhaps, the design. Please check out Edge of Spider-verse #5 from writer Gerard Way (My Chemical Romance; Umbrella Academy). It's just a single issue, but that is all you need to become more familiar with your new favourite Marvel Champion.

Next, lets discuss how SP//dr functions. There are quite a few nuances to getting the most out of her. First, I'll go over the interface upgrades, then her economy, and finally some additional things to keep in mind.

SP//dr has access to 5 interface upgrades, Host Spider, Psychic Link, Speed-Metal Alloy, Web-Fluid Compressor, and finally the back side of her alter-ego, SP//dr (sorry it's the best image I can find; will edit a better one later). Each upgrade provides some benefit other than its resource. You can: get +2 THW, ATK, or DEF, ready your Suit, or REC (after flipping to Alter-ego of course). Knowing when to use your interface as a resource or a bonus stat is one of the best skills to develop for playing SP//dr effectively. This also affords a wealth of flexibility. You could spend 5 resources to play a bunch of cards from your hand, or you could make a basic attack at +2, then ready and make a basic thwart at +2, then flip and heal. Or you could draw 2 cards instead of that thwart action.

The next thing to keep in mind is setting up your suit. Perhaps the most important card of your deck is All Systems Go!. With it, you can find your next interface upgrade. Useful for building your suit at the start of the game and for retrieving lost pieces from an untimely Caught Off Guard. Late game, when you are all setup, you can ready all of your upgrades. That's up to 3 extra resources, or another basic activation, or another boost to your stats, extra drawn cards, a much-needed REC when you flip to alter-ego, or any combination of whatever you want.

It's easy to see how important this card is for helping SP//dr function at peak efficiency, but it's not alone. Aunt May & Uncle Ben isn't just card draw. It is a often-overlooked tool in Marvel Champions. It helps you mill your own deck so that you can reshuffle and get back to your most powerful cards again. Don't worry about the extra encounter card; it's absolutely worth it to see your All Systems Go! back in the deck. What's more, it helps you draw cards, and some of your most powerful cards in fact. Get this onto the board as quickly as possible and use it every single round. I promise you won't regret it. And finally, SP//dr Command helps to smooth out your interface economy. Be flexible with your flexibility and change it up by attacking for +2 twice in a round and then doing the same thing with thwart on the next.

A few maintenance quirks about SP//dr and your Suit. Keep in mind that Peni Parker and SP//dr (the pilot upgrade) are the double sides of the same card, and the active and inactive sides of the SP//dr suit are the other. While in Alter-ego, your alter-ego identity is Peni Parker, and your suit is a support. You can exhaust your alter-ego to REC 4, and you are giving up a on the other side. You can exhaust your support to draw 2 cards and are trading with a basic hero power (THW, ATK, or DEF). While in hero form, your hero identity is the active side of the SP//dr suit, and SP//dr is now an upgrade attached to that hero identity. One final note to mention, all counters, upgrades, and attachments from from Peni to the Suit. This does have some interesting implications, such as tough status cards gained while in alter-ego will remain on Peni while in alter-ego, but when you flip, they will thankfully move to be attached to your hero. Unfortunately, this also means that tough status cards gained while in hero form will remain on the suit (even as the inactive support) and not benefit Peni.

There are a few cards we haven't discussed yet. VEN#m is incredibly expensive at 4 cost, 3 hitpoints, and only 1 THW/ATK, but she gains +1 THW / +1 ATK for every resource you spent using her interface upgrades (up to her cost). So using most of your upgrades to pay for her will net you a 5 THW / 5 ATK ally, much more deserving of that high 4 cost. Similarly, Rapid Deployment and Web-Trap benefit from using your interface upgrades to pay for them. Thankfully, you only need to spend at least 1 resource (not all). One final note about Rapid Deployment is that the bonus thwarting need not be from the same scheme. What's more, if you are able to clear the last crisis scheme in play with the first thwart, you can take away from the main with the bonus. And finally, Ejection Protocol is your typical oh SH#t button. Just remember where the tough status card ends up (if you were already in alter-ego, you get to keep it; if not, it goes to your suit).

For this deck, I have chosen a couple specific combos that work synergistically together and also allow SP//dr a lot of flexibility. The first synergy I want to discuss is the Web-Warriors, and the next is going to be the Aggression aspect cards that help SP//dr embrace her inner D.Va to blow stuff up.

With the release of Spider-Ham and SP//dr, we finally have a sizeable number of Web-Warrior allies to choose from. Unfortunately, there are no Aggression options, but there are quite a few strong basics. The best part is how synergistically they all work together with SP//dr and support cards such as Across the Spider-Verse and Web of Life and Destiny. Web of Life and Destiny may end up only drawing a few cards for you throughout the game, but you can draw for every single Web-Warrior ally after they leave play. If you play this in hero form, it has a 0 cost (even if some encounter effect is increasing the cost for some reason). The dirt cheap setup will more than make up for it, even if you only only draw 1 or 2 cards. Across the Spider-Verse is another wonderful option, especially useful here in SP//dr as you have access to a lot of extra resources in play with your upgrades to keep paying the cost again and again. One use of Across the Spider-Verse can easily fill your board with three new allies.

This helps get past a couple of their little quirks as well. 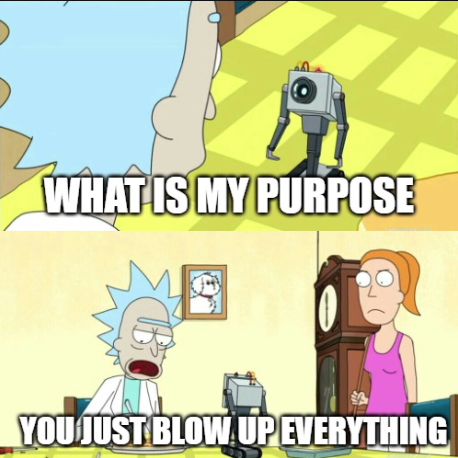 The second and final synergy for this deck revolves around readying multiple times, attacking with overkill, and racking up ALL THE POINTS.

If you are someone who was sceptical about SP//dr after the announcement (three card hand size? two identity cards?? why wasn't this [insert other spider hero here]???), I hope I have changed your mind a bit on this one. SP//dr is an absolute blast to play and brings something totally unique to Marvel Champions.